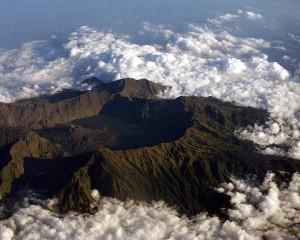 In ancient times not far from the port Lembar, there is a kingdom ruled by a very wise King named Datu Tuan with his pretty wife Dewi Mas. Under the reign of Datu Tuan, the people live safe, peaceful, and serene. But the Datu Tuan feel sad because he is not blessed with a son yet.

One day Datu Tuan tell her wife that he want to get married again in the hope of obtaining a boy.
After Dewi Mas approved, then Datu Tuan married with a girl named Sunggar Tutul.

After married with Sunggar Tutul, the Datu Tuan’s attention to Dewi Mas is reduced and he more often live with his new wife. Dewi Mas try to tolerate such injustice until she finally turned out to be pregnant.

News about Dewi Mas pregnancy surprised Sunggar Tutul, she feared that Datu Tuan would turn away from her and back to Dewi Mas. With a cunning way Sunggar Tutul inciting Dat Tuan that pregnancy of Dewi Mas is caused by having an affair with other man. Datu Tuan believe with the Sunggar Tutul’s story and expelled Dewi Mas from the palace and dumped into a dyke. Accompanied by her escorts Dewi Mas stay in the dyke and build a settlement.

Dewi Mas remain steadfast in her life until one day a ship approaching the dyke. This is because the Captain of the ship saw a beautiful woman who shines. The Captain ask why Dewi Mas could stay in that place. Dewi Mas was telling them what is really happened and asked the Captain to bring her to Bali island. Finally Dewi Mas stayed in Bali and build new settlements. 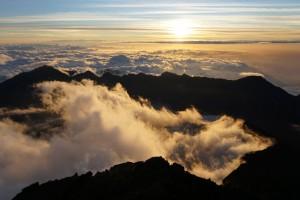 Dewi Mas gave birth to twins, and each baby accompanied by a special weapon. A baby boy was born with the blade of a dagger, and a baby girl born with arrows. Baby boy named Raden Putra Nuna Janjak while a baby girl named Dewi Rinjani.

When the babies grow up, they ask about their father to Dewi Mas. Dewi Mas tell them about her life story. The Putra Janjak become very angry and set sail to Lombok. With a dagger that come together when he was born, he become very powerful and he got into a fight with the royal guards. When Datu Tuan want to join the fight, suddenly there is a voice came from the sky, “Hi Datu Tuan, do not hurt the boy. The boy is your own son from Dewi Mas”.

After hear the voice, he was very sorry then hugged Putra Janjak and take Dewi Mas back home to Lombok island. Dewi Mas did not hold a grudge against Sunggar Tutul, and they all live in peace and safety.

When Datu Tuan is getting older, he hand over the throne to Putra Janjak. Then he retreat to the mountain for meditation accompanied by his daughter Dewi Rinjani. At the mountain summit, Dewi Rinjani was crowned by spirits to became Queen at the mountain.

Raden Nuna Putra Janjak growing up into a young man who is very handsome and wise. King Datu Tuan is getting older and eventually hand over the throne to his son. After that the Datu Tuan retreat to the mountains for meditated accompanied by his daughter Dewi Rinjani. At the peak of this mountain, Rinjani crowned the queen of the spirits in the mountain. Since then the mountain on the Lombok island is called Mount Rinjani.